World War II rages in the Philippines. PAL had to stop commercial operations but continued serving the country when its fleet and crew were pressed into military service, becoming part of the USAFFE’s Bamboo Fleet. The Beechcraft fleet was used to transport American pilots to safety in Australia.

Filipino entrepreneur Col. Andres Soriano presented a proposal for the revival of PAL, with TWA’s assistance, that was approved by PAL stockholders.

Soriano was elected as PAL’s President. 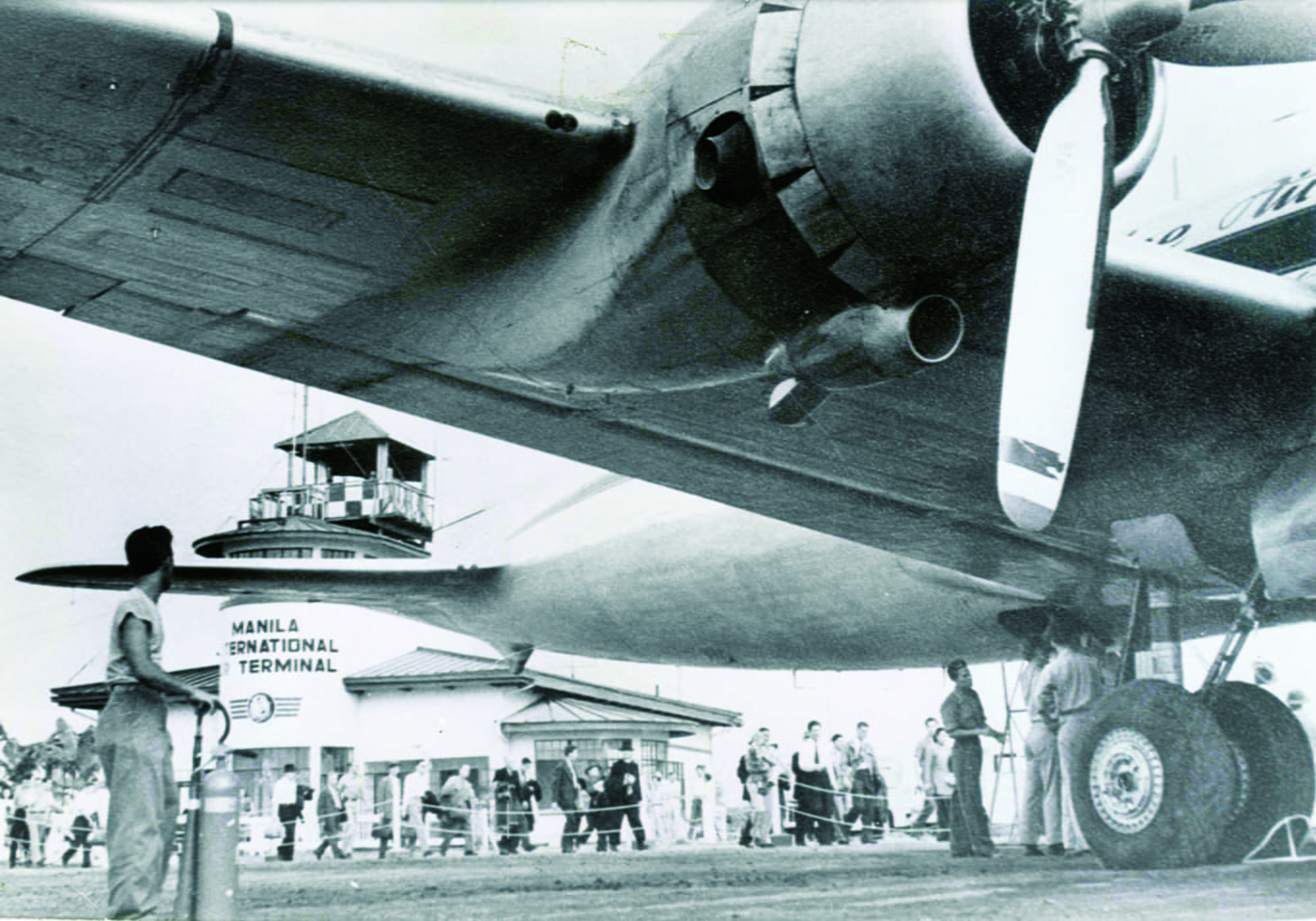 First Transpacific Crossing.  PAL became the first Asian airline to cross the Pacific. The flight carried 40 homeward-bound American servicemen on a 41-hour journey from Manila, making stopovers in Guam, Kwajalein, and Honolulu before arriving in Oakland, California. The flight was performed by a Douglas DC-4 chartered from Transocean Airlines.

PAL was designated as the Philippine flag carrier for services to the United States, under a new air transport agreement between the Philippines and the U.S.

First European service. A PAL DC-4 took off from Nielson Airport on the long journey to Madrid, Spain, with stops in Bangkok, Calcutta, Karachi, Dhahran, Cairo, and Rome. PAL made history as the first Southeast Asian airline to fly to Europe.

PAL began DC-6 services to the United States, flying from Manila to San Francisco via Guam, Wake Island, and Honolulu.

PAL became the sole scheduled airline operator in the Philippines.

DC-6 service to Tokyo was inaugurated via Okinawa.

Presidential Missions Begin.  PAL flew Philippine President Elpidio Quirino to the United States, making him the first Chief Executive of the Republic to fly on PAL for a state visit.